A Special Report On The dwindling World Water Supply 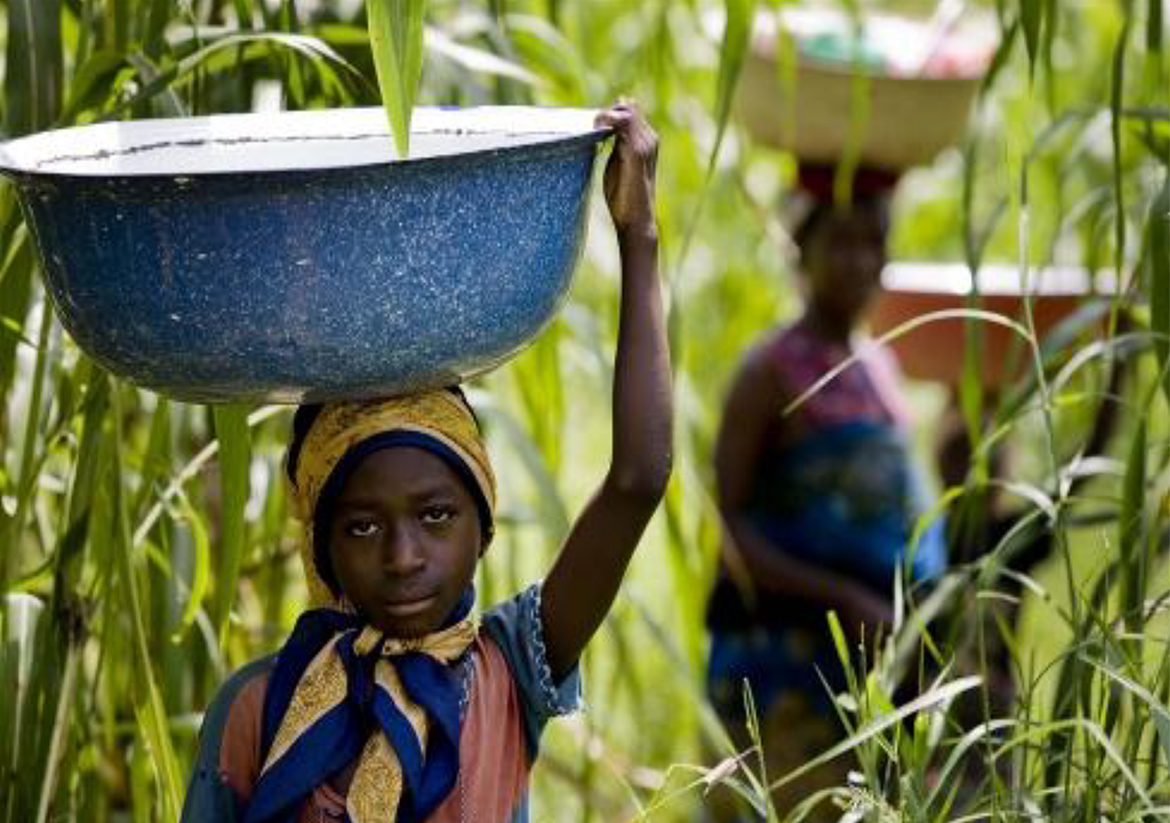 SANITATION, 2 January 2013 (IRIN) – In Zimbabwe’s capital, Harare (population 3,000,000), a man relieves himself in the dirt next to his tin shack, holding his nose to ward off the stench of a nearby overflowing latrine. In Ramallah (population 300,000) in the occupied Palestinian territory a 14-year-old girl wakes with menstrual cramps – and skips class because her school lacks a washroom where she can clean herself in private. In Bangladesh’s mega-capital (population 12 million), a monsoon-season flash flood leaves thousands with cholera.

With water use growing at more than twice the rate of overall population increase (according to the Food and Agriculture Organization), how can authorities ensure that every urban dweller gets 20-50 litres of clean water daily for drinking, cooking and cleaning? How can governments create sanitation systems that do not sicken city dwellers?

Some 3.3 billion people (more than half of the world’s population) live in urban areas, a figure which is expected to rise to five billion by 2030. Ninety-five percent of this growth is taking place in countries least able to afford the cost of expansion. In East Asia alone – in one of the most disaster-stricken areas worldwide – the UN Office for Disaster Risk Reduction (UNISDR) estimates the number of people living in urban flood plains may reach 67 million by 2060.

A Megacity Task Force of the Germany-based International Geographic Union has called the world’s 40 or so megacities (concentrations of at least 10 million people) “major global risk areas” prone to natural disaster and supply crises. “The dimensions of these urban disaster problems are huge,” said Robert Piper, UN resident coordinator in Nepal, whose capital, Kathmandu, is consistently ranked as one of the world’s most earthquake-prone cities. “And doing something about it on the scale necessary is expensive.”

Cities of less than one million residents, such as Ramallah, are now growing at a faster rate than larger urban areas, noted Graham Alabaster, manager of the UN Human Settlements Programme (UN-HABITAT), in Geneva. Like megacities, he said, smaller cities share the same pressing problems: infrastructure too weak to handle ever-more densely packed populations, and understaffing so severe it can put water, sanitation and hygiene (WASH, in aid industry lingo) under the management of less than half as many administrators as is necessary.

Climate change has not made things any easier. World temperatures will rise by 4 degrees Celsius by the end of the century, predict a joint team of researchers from Germany’s Potsdam Institute for Climate Impact and the NGO, also in Germany, Climate Analytics. “In developing countries, the already-stressed, existing systems were built without climatic change in mind,” said Robert Bos, the WASH coordinator for the World Health Organization (WHO) in Geneva. Water may be delivered in decades-old leaking iron pipes instead of flexible PVC ones that expand and contract in response to temperature fluctuations. Sewage systems may be too small to remove waste, which can ferment and release toxic methane gas created when temperatures reach record highs. To brace against increasingly volatile weather, cities in arid regions (such as Johannesburg and Dakar) must stockpile water for annual droughts, while those in flood-prone areas (such as Shanghai and Calcutta) must stockpile medicines and recruit additional health staff to prevent and treat water-borne diseases.

The countries at the highest risk of weather-related disasters worldwide, identified in a November 2012 report, are Thailand followed by Cambodia, Pakistan, El Salvador and the Philippines. As of March 2012, three years ahead of schedule, the world achieved one of its Millennium Development Goals: providing safe drinking water to half of the 2.6 million people who struggled without it in 2000. Even so, 2.5 billion people in the developing world lack adequate sanitation and 780 million of them lack clean water. In addition to large-scale efforts organized by national governments, here are five experiments WASH experts are testing to manage water sources in an urbanizing – and increasingly warmer – world.

Latrine pits into which sewage systems drain are the most common way to collect waste in slums in the developing world. But cleaning these pits, which are often uncovered, can pose persistent challenges. Shacks may be so densely packed that vacuum tankers cannot be deployed. Individual workers may have to clamber into pits and manually clean them, putting themselves – and their families – at risk of disease. Absentee landlords may have little interest in dealing with sewage pits, leaving them neglected to the point where they overflow. With a US$100,000 grant from the US-based Bill & Melinda Gates Foundation, researchers in Belo Horizonte (the third-largest city in Brazil) are creating biodegradable building blocks that replace conventional cement or brick and allow latrine pits to decompose naturally once they are filled. Another Gates grant of $4.8 million to the London School of Hygiene and Tropical Medicine is funding the design of latrine pits that have an active “bio-filter” of tiger worms and other organisms to break down waste. This technology creates environmentally-friendly sewage that poses few human health risks.

Where school toilets and latrines do exist (they are available in only an estimated 37 percent of countries where the UN Children’s Fund, UNICEF, is active), long queues snake around school buildings during breaks and after class. “We need to upgrade sanitary facilities for all children, but especially for menstruating girls so they can continue to attend school and meet their needs for privacy, dignity and cleanliness,” said Ania Grobicki, executive secretary of the Stockholm-based Global Water Partnership. In China, UNICEF and its partners built school hand-washing stations. In Malawi and Kenya, they introduced a new design of urinals for girls. And in Bangladesh and India, they have launched “menstrual hygiene projects” so girls can continue their studies without interruption.

When natural disasters strike, they can generate millions of tons of solid and liquid waste that threaten public health and hinder reconstruction. The earthquake that hit Haiti’s capital of Port-au-Prince in January 2010 – killing more than 220,000 people, leaving more than 350,000 displaced almost three years later and causing the capital’s already-shaky municipal waste collection system to collapse – highlighted the need to select waste-disposal sites pre-disaster. Garbage towered along remaining roadsides; construction materials were piled up in ravines, drains and other open spaces. Before aid agencies and the government focused on hazardous waste disposal, surgeons tossed body parts into fetid, decaying piles. After the disaster, the Haitian government assigned one municipal landfill to dispose of medical waste. In 2011, the UN released disaster-waste guidelines that outlined dangers of different waste types.

In some urban areas in the developing world, more water is lost through leakage and other infrastructure problems than is delivered. “But wastewater collection, recycling, and retreatment can multiply supplies,” said Grobicki from Global Water Partnership. Cities that are already making wastewater potable include Singapore (where 3 percent of drinking water is recycled) and Perth, Australia (where officials hope 10 percent will soon be so). This microfiltration and chemical treatment technology has also been used in Windhoek, Namibia, (population 300,000) which has been recycling wastewater since 1968, and is holding a meeting in 2013 to evaluate its experience.

WASH systems do not have to be pricey to be effective, as proven by the shallow, gravity-driven sewers that have long served the `favela’ slums of Rio de Janeiro, Brazil’s second largest city of some six million people. “Increasingly, municipal authorities are establishing `low-income customer service units’ or LICSUs,” said Timeyin Uwejamomere with the London-based NGO WaterAid. “One such programme recently brought sanitation to 150,000 people and clean water to 400,000 in Lilongwe, Malawi.”

At King’s College London, researchers are examining how to deliver water with segmented flexible rubber hoses. In India, Bangladesh, Kenya, and Uganda, WaterCredit, a programme of the US-based Water.Org, helps households buy drinking water and toilets through micro-financing.