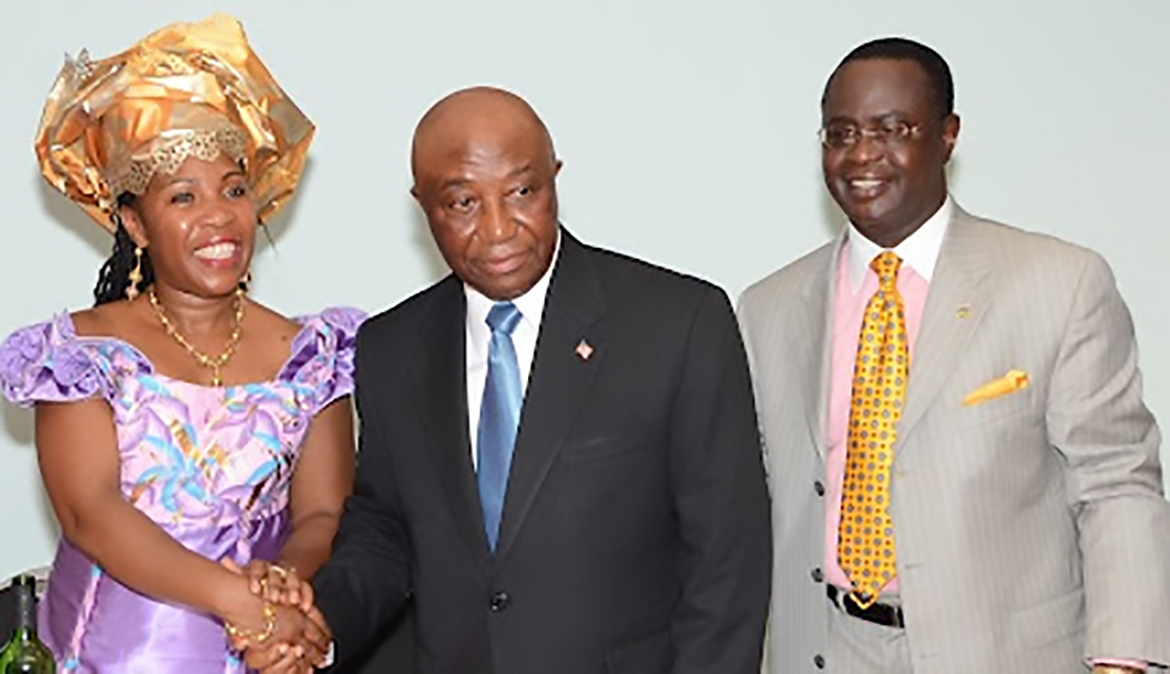 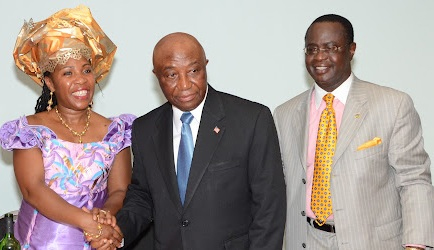 Liberia’s Vice President, Joseph Boakai is described by supporters within Liberia’s political circles as a quiet humanitarian soldier who is willing to travel anywhere in the world to lend his political star-power image to any worthy cause that will benefit Liberia.

So it was on August 31, 2012 when the Vice President served as the chief launcher for the re-launching of the Gayah and Semera Fahnbulleh Foundation (GSF) on the Grounds of the Glenview Mansion in the City of Rockville, Maryland, United States.

Besides being the chief launcher of the event, his mere presence became the highlight of the evening that many of those in the audience were very elated to see the vice president as many lined up to take photo with him. Those who have been following the vice president’s activities, during the last seven years, have revealed that many of his trips abroad have underscored advocacy and humanitarian initiatives for Liberians, thus his presence at the re-launching of Gaya & Semera Foundation was a testament of his dedication to improving conditions in Liberia.

The Gayah and Semera Fahnbulleh Foundation is a personal contribution in response to Liberia’s current non-sanitary and lack of access to safe drinking water, initiated by Hon. Gayah Fahnbulleh and his wife Semera. The Foundation’s operations were disrupted at the start of the Liberian civil crisis.

Many of its projects established prior to the conflict have been devastated, lying in ruins. The re-launching of the Foundation is designed to reactive these projects and a signal to the people of Rural Liberia, especially Rural Cape Mount County, that they have not been forgotten, that the desire to help them to have healthy productive lives remains unabated.

Also among the guests was Dr. Dennis Antoine, Executive Director of International Exchange from the Vice President’s office of the Unversity of the District of Columbia, representing the David Clark School of law. Additional guests included Hon Sam Stevquoh, chief of staff in the office of the Vice President of Liberia, other members of the Vice President’s entourage, current staff members of the Liberian Embassy, representatives from other African embassies near Washington, DC, and of course, friends, business partners of Mr. Fahnbulleh and family members.

During his remarks at the re-launching of the Gayah and Semera Fahnbulleh Foundation, Inc, (GSF), Vice President Boakai spoke candidly about Liberia’s sanitary conditions, especially the lack of access to clean water by many in Liberia. Re-enforcing the need to support the Gayah and Semera Foundation, Hon. Boakai praised Gayah and Semera for their vision and commitment and reminded the audience that “Gayah is a fine example of civic duty; reiterating that Gayah is purposeful, unwavering and always in readiness to put national interest over personal gains.”

The Vice President released some grim statistics regarding the issues of safe and clean water and sanitary conditions in Liberia, by firstly narrating to Liberians in the United States and those from Canada that were present, “whenever you turn on the water faucets in your homes, please remember that millions of Liberians back home do not have such opportunities. Please help in any way you can.”

In order to sincerely demonstrate the critical challenges facing our brothers and sisters in Liberia, regarding access to safe and clean water, Vice President Boakai told the audience how at one time, the newly built Jackson F. Doe Medical Center in Tapita, Nimba County had no water. In addition to what the Vice President said, Ambassador Sulunteh also told Liberians at the event that throughout the entire country of Liberia there were only 10,000 water pumps.

The Vice President, consistent with his role as the chief launcher at the event made a substantial contribution and in addition promised to up the ante during the re-launching program of the Gayah And Semera Fahnbulleh Foundation in Liberia. The Vice President’s contribution went on to encourage others to follow suit, with Ambassador Sulunteh leading the charge of calling on those in the audience to give generously, even though Hon. Fahnbulleh and his wife opted not to receive contributions that night, but the generosity of the well attended and honorable guests over whelmed them and made voluntary contributions.

The evening continues un-interrupted with ceremonial splendor as the program moved from stage to stage with Vice President Joseph Boakai being part of each. Like any other Liberian event the usual freshly cooked food, cold drinks, and music were there to drive the event as was planned by the organizers, Mr. And Mrs. Gayah Fahnbulleh